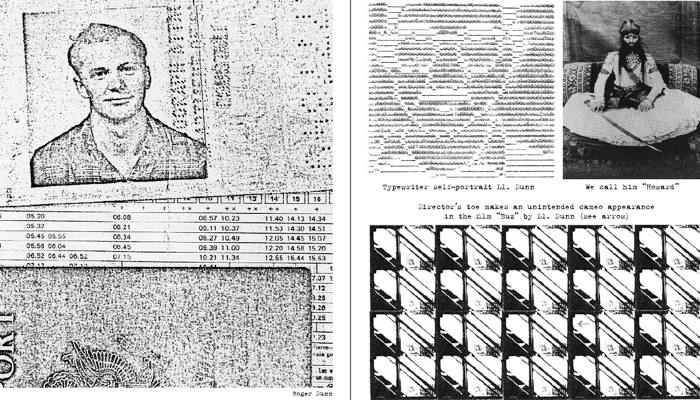 The Wizards of OS 3, Public Library

An exhibition project by Inke Arns and Florian Cramer

„We tried to find artwork and projects which show as explicitly as possible the intention of an anti-copyright concept“, Florian Cramer, co-curator of the exhibition „Public Library“, explained, „and we tried to catch the nerds.“ It is the opening day of the third „Wizards of OS“ conference in Berlin, Germany. The „The Future of the Digital Commons“ is the subject of the next three days. Computer scientists, lawyers, sociologists as well as media artists meet in this event, which in general deals with the ideal of openness and freedom for society, based on the ideas of the free-software movement. And for the first time, artists were invited to take part in an exhibition for the three days of the conference.

The small show is the result of a cooperation between the German philologist Cramer and the Berlin-based cultural researcher, Inke Arns. Main topic: Anti Copyright as a means and subject matter of media art. A panel with four of the eight contributing artists accompanied the exhibition. An illustrious mix: the well-known heroine of the Old Boys Network, Cornelia Sollfrank, as well as Prague-based artist Lloyd Dunn, and the recently incriminated Sebastian Lütgert, founder of textz.com, who seems to be the digital heir of Ad Reinhardt. It was Lütgert’s statement „Art has to care about art, as artists have to“ which brought to mind that he couldn’t care less about copyrights at all. Besides this powerful statement, the discussion was a weak mixture of complaints and cries for help regarding lawsuits against the use of copyrighted material. The opening statements by Arns, Cramer and the artists were followed by public questions, though many topics remained untouched, because of the lack of consciousness for artistic sensibility, for digital or analogue materials. For instance, questioning of the identity or the performative part of the rejection of the copyright. Or to make clear which means are appropriate for a high level appropriation.

The exhibition made a much more lucid point. Metal bookshelves, instead of white cube display cases, signaled a reincarnation of Joseph Beuys‘ masterpiece „Wirtschaftswerte“ (1980) in the digital age, but without the chicken wire preventing direct access to the contents of the shelves. Just like the exhibition title suggests, it was a public library containing files of printed out texts and publications, such as the Situationist International — it was a kingdom of public domain. All the digitalized materials were free for copying and free to burn on CD-ROM to take away. In total, 450 Megabytes of texts, pdf’s, sounds and videos.

But what kind of art is it? a new genre? not really. However, in the context of the wizards talking and thinking about the issues of the free software movement, to present this collection of artwork at a conference with Eben Moglen, Larry Lessig, and many heroes of the Creative Commons was to consider the tradition and historical trajectory and changes of copyright critical art since the 1960’s. Among the shelves there were several different appearances of the DeCSS code displayed in the „Gallery of CSS descramblers“ (since 2000) by David S. Touretzky e. a., which consists of a computer algorithm to decrypt DVD’s for GNU/Linux without a license. The documentary of the „Freedom of Expression“ trademark, owned by Kembrew MacLeod since 1998, shows his proceedings against AT & T for their misuse. Or the „Injunction Generator“ (2001) by ubermorgen.com, which generates mass injunctions completely automatically.

As Sollfrank stated in her 45 minute video, „authorship is disrupted legally while artists always question it from the very beginning“. New definitions of laws are now able to reach into anonymous pieces generated by software programs such as her net-art generator. Is it just a twisted intervention from the business world, protecting the author’s rights where there is no author? Summing up, Sollfrank stated that her misuse of Andy Warhol’s images still violates copyrights. „It doesn’t matter“, she said, „in the art world nobody cares“. „Really?“, one might ask. Sollfrank sits in a library, reading her text like an anchorperson on television, but without that elegant rhetoric.  She is interrupted only by displaying the main topics in big letters and by some strange sounds. Nearby you can study her signed digital prints. All her work circles around the question of identity. „Sometimes it’s good to use your name as a brand.“ This indication of slight indifference adds the tension that other pieces are lacking.

There is, for instance, a link to the Internet in one of the terminals, but all the traffic is routed through a specific proxy server, written by Alvar Freude and Dragan Espenschied as their thesis at the Merz Academy in Stuttgart. In the strongest version it replaces many different words: George Bush for Osama Bin Ladin and vice versa. The ‚insert coin‘ piece was first set up at their academy. Meanwhile it seems to be a classic piece of an activist critique on censorship in the Internet. But its not much more than a witty gag that gained so much attention. The artistic means are as weak as the purpose. It’s too superficial, or explicit, as Cramer would have said.

On the other hand, there are the jewels of Lloyd Dunn’s many magazines, to which the „Photostatic“ archive on the net gives free access. The digitalized materials of the photocopy stuff show how art could be done by remixing, recombining and by professional „plagiarism“. Founded in 1983, the magazine continued until 1998. „In this culture of property where ideas can be owned, theft is all that is the case“, a nice comic strip shows the core problem of this movement. On the Friday evening panel, Lawrence Lessig showed the audience what the main goal of the business is: Apple’s and Pepsi’s ads, absolutely perverting the sense of a culture of remixing and limiting the creativity of youth by stating that buying the products legalizes free download of music; this is today’s state of things: being a coach potato, consuming few2many-prefab trash on TV and the Internet. But there’s a long tradition of changing the original or copying it. High culture from the Marcantonio Raimondi’s admiring woodcuts after Rafael leads indirectly to Berio’s Sinfonia from the late 60’s, which combined 15 different works by different composers and writers such as Gustav Mahler and Samuel Beckett. It’s one of culture’s main characteristics of artistic creativity. Besides, appropriation is not only an artistic tactic, but also the main road to learning. And it’s the core of the work by Dunn and the other artists in the exhibition, although the different levels of quality are marked. But it is a pleasure to observe the artistic boldness of Lütgerts „textz.com“, which resembles an electronic bookshop, but grants the opportunity to download many copyrighted texts free of charge. One particular Adorno triggered a lawsuit. This is the outer limit of having fun, beyond which the stupidity of ignorant, money-sucking editors and lawyers rears its real face. And this is a cautionary example — how sensibly the state of freedom is changing into a society of big brothers.